Ad blocker detected: Our website is made possible by displaying online advertisements to our visitors. Please consider supporting us by disabling your ad blocker on our website.

Stay up to date on Hardstyle and Hardcore parties, releases, free/unreleased tracks, DJ mixes, how to produce and much more. International Hardstyle forum

Herman
State Citizen
Posts: 182
Location: Hello I am Supreme Master First Class in CS:GO so don't mess with me or I'll 1v1 you. 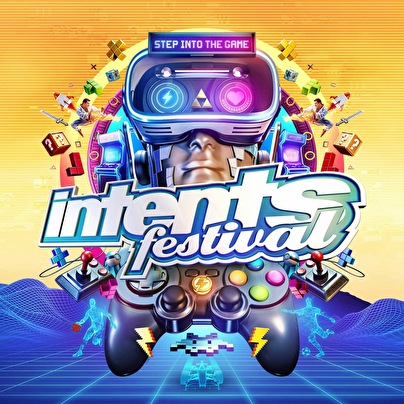 Intents is definitely my favorite festival. That lineup in mainstage on sunday

! Is there a better way to celebrate 30th birthday? Last summer was way too hot tho... 30+ degrees every day.
Top

Hardcore at Saturday is a joke and so is Sunday.
I hear home in that bass
Top

Gommes_ wrote:Hardcore at Saturday is a joke and so is Sunday.

I kinda agree. That "hosting" thing is a cool idea but yeah.. there is so many great artists missing. There is still some interesting sets for example Nosferatu vs Never Surrender.
Top

Yeah that's a good one. Would love to see that.
I hear home in that bass
Top

See you guys there!
The Principal - Hardstyle DJ/Producer from Australia

Herman
State Citizen
Posts: 182
Location: Hello I am Supreme Master First Class in CS:GO so don't mess with me or I'll 1v1 you.

OMG THAT ANTHEM IS SO BEAUTIFUL!!!

The Principal - Hardstyle DJ/Producer from Australia

Anybody know if this is going to be streamed anywhere? I'm pretty desperate to see B-Front Vs Vertile amongst a lot more
I am a Space Warrior
Top

I want to say sorry to all the fans who expected to see me playing at the mainstage yesterday but I was more surprised than you guys for such a disrespectful last minute change of program by the festival organization. I had a MAINSTAGE contract signed ( that's why i accepted the gig) and flyers made with the mainstage lineup and got moved to the smallest stage of the festival a few days before the show. Same happened to my colleagues Psykopunkz, Mandy and Mark with a K.
Me and my agency were shocked and I was tempted to cancel the gig the day before when i learned the thing cause i was really angry about It but I didn't cause I didn't want to let you guys down as you expected me to be there and i really wanted to perform for you

so i came and did It but I feel like you guys needed an explanation.
That being said i still wanna Say a huge thank you to the all the fans who showed up and still partied with us no matter what, more that 1,5k dedicated ravers found my stage and rocked my day as always

Wow. That's pretty bang out of order by the organisers
Top

To do this to one of the biggest names of this genre ever, wow
Top

It doesn't look personal to me. Looks more like probs with DWX.
Top
Post Reply
15 posts • Page 1 of 1

Users browsing this forum: No registered users and 2 guests